Learn more about her work at her academic profiles:

Across your numerous years of education in the natural sciences, what led you to focus your interests on the evolutionary origins of African carnivore cognition and be the first person to formally investigate cognition in big cats?

As an undergraduate, I became interested in the social dynamics of animals, and this interest led me to scientific literature investigating how being social can be really intellectually challenging. In addition to being successful in their environment, for example being able to locate resources, social animals also have to deal with their group members. The added challenge of ‘getting along with group members’ and ‘working together’ might lead to ‘smarter’ animals. When I started my research, we didn’t know a lot about carnivore intelligence and there were very few comparisons of cognition among social and non-social species. Lions are really amazing animals because they are the only social cat species. This makes lions a really great species to answer questions about animals’ social lives and cognitive abilities that might help them be successful, and what initially inspired me to start studying lions.

Throughout your academic endeavours and natural sciences career, you have pioneered certain advances in the field of African lion cognition. Who did you look up to or view as a role model/mentor?

Dr. Craig Packer, head of the University of Minnesota Lion Lab, has been an incredible mentor throughout my career, from PhD to my current positions at Max Planck Institute of Animal Behavior and the UMN Lion Lab. He has dedicated his life to understanding and conserving lions; much of what we know about lions comes from his decades long research on African lions. 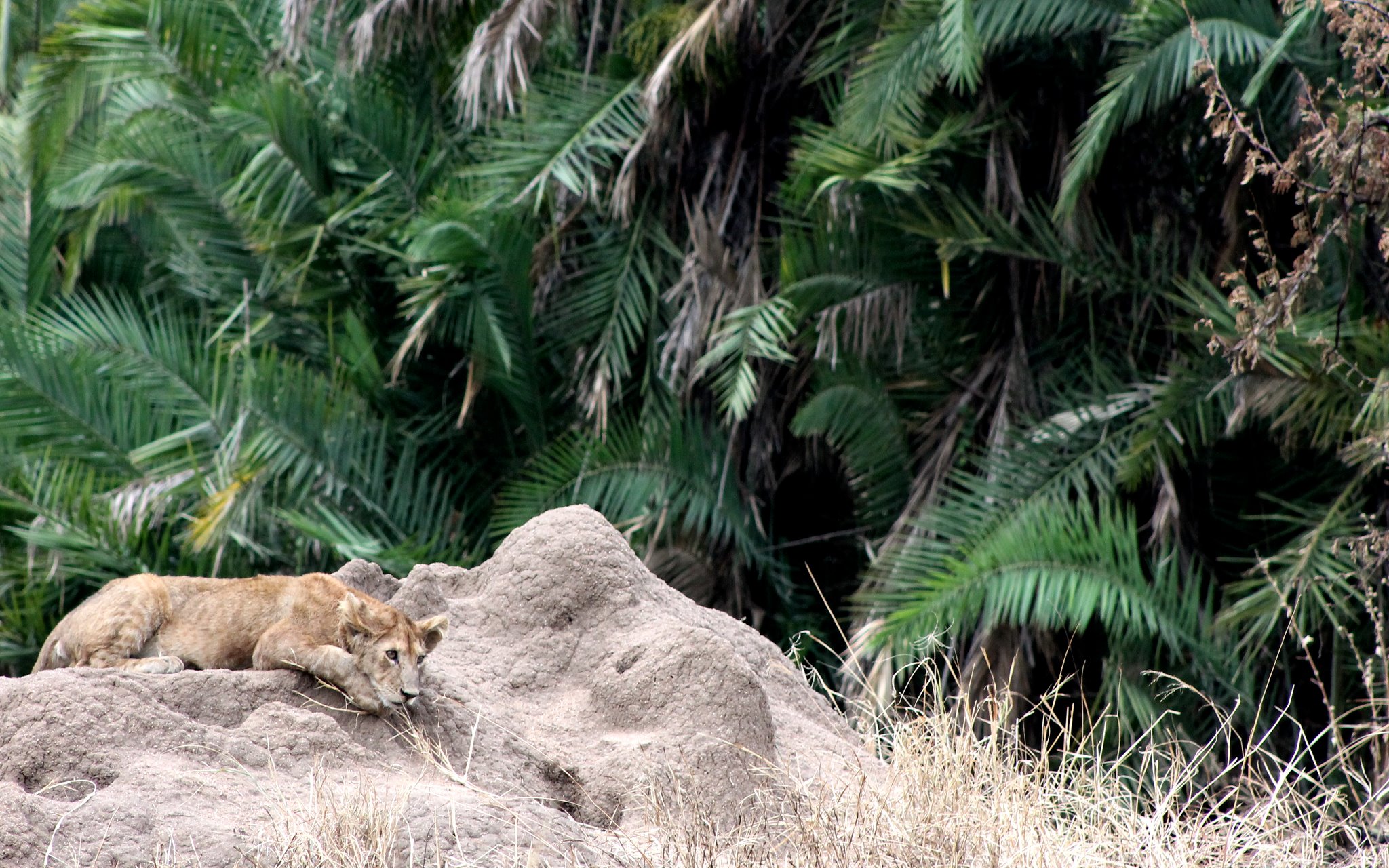 How do you think your work of studying these animals’ cognition and behaviour will contribute to educating the public on issues in the field of African carnivore populations and assist with conservation efforts?

The importance of cognition and behavior to conservation is starting to gain attention in the scientific community. For example, a really big issue in lion conservation is human-wildlife conflict. A continued loss of habitat for lions means lions and people are living closer and closer to each other, and this begins to create problems, especially with lions that become what we call “a problem animal”. These animals usually become problems because they start to kill cattle and other livestock, which peoples’ livelihoods depend on. This results in the people retaliating and sometimes killing the problem lion. Conservationists are trying to figure out ways to prevent lions from being problem animals, and an understanding of lion cognition and behavior has the potential to help address these issues. One example, that isn’t my work but is really amazing, a group of researchers hypothesized that lions may be less likely to attack cows that appear to be looking at the lion. To test this, the researchers painted eyes on cow butts in Botswana and found that, indeed, lions were less likely to attack cows that had giant eyes painted on them. This is a fascinating example of using our understanding of behavior to address issues in conservation in a really innovative way.

One area that needs to be explored further is whether an understanding of cognition and behavior, at the individual level, can be used to predict which lions might become problems. Predicting problem animals would help us stop the problem before it starts, either through translocation or other management actions. Recent research has shown that, like people, individual animals have their own personality traits. In lions, some personality traits may be associated with a likelihood to leave a reserve and wander into areas with cattle or break a boundary fence. If we can link these traits and behaviors, then we can potentially identify lions to keep-an-eye-on. This is a really exciting new area of research and I hope we begin to get answers and apply the findings to conservation.

Across your years of researching animal behaviour across the world and working with lions, what is a challenging encounter you’ve faced that you wish people following a similar path should know beforehand?

Be prepared to move often, to live in other countries, far away from family and friends. Working as a field biologist, whether it be with lions or any other species, requires flexibility and travel. You must spend months in remote locations for research and during your postdoctoral years (i.e. the years immediately after your PhD), it is not uncommon to move to another country and/or move several times. For example, in the past five years, I’ve moved four times and lived in four different countries. Working with lions and traveling the world is an adventure but the inability to “put down roots” can be a challenge.

As the first person to experimentally establish the presence of cognitive abilities associated with learning, memory, and problem-solving in African lions, why is this such an important leap in the field of African mammal behaviour? What new doors will this open up in the natural sciences?

When I began studying cognition in lions, carnivores were relatively understudied compared to other animals, particularly apes. Historically, scientists were hesitant to credit animals with things like ‘intelligence’, ‘personality’, and ‘empathy’. However, the more we investigate animal cognition and behavior, the more we are beginning to see that a broad range of animals, from octopuses to lions to chimpanzees, possess skills we once only attributed to humans. Not only does understanding these aspects of animal behavior help inform management and conservation decisions, it also has important implications for animal welfare. I am hopeful that with a greater understanding of animals as living, feeling beings capable of intelligence and emotion, people will be more motivated to not only conserve animal populations, but recognize the importance of welfare at the individual level. 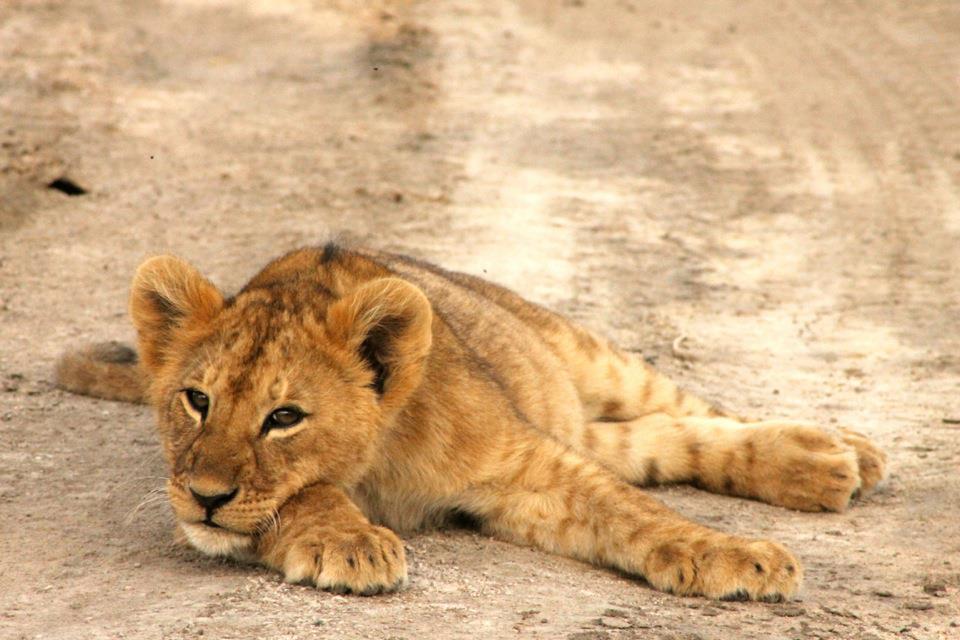 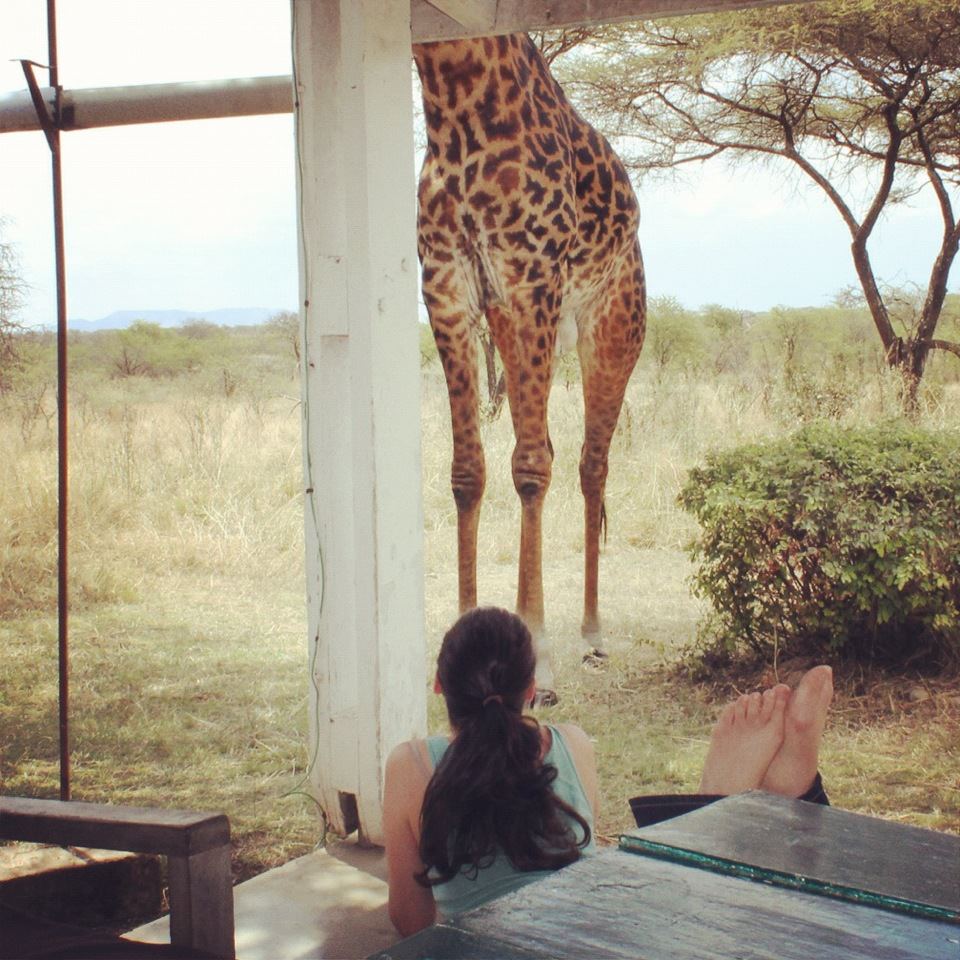 As you have earned countless accolades and accomplishments throughout your career, what do you think are the three most important qualities one must possess to work with lions and study their behaviour?

After extensively studying these African carnivores for years, are there any misconceptions the general public has about lions that you are eager to clear up?

Yes! There is no such thing as a “lion king”. One of the most amazing things about lions is that their social structure is egalitarian; all members of a lion society are EQUALS. Unlike many other carnivores, lions do not have a strict dominance hierarchy nor an ‘alpha male’ or ‘alpha female’. They operate according to what I think of as ‘play ground rules’ whereby possession is 9/10 of the law. For example, if a lion helps to take down a prey animal, they own their spot on the carcass – there is not a ‘ dominant’ individual that gets priority access to the food.

As a successful woman in STEM, what message would you give young women to encourage them to pursue a career in this field?

Don’t be discouraged and seek out other women in STEM as mentors and for support. Know that as a woman in STEM you are just as capable as anyone else. At points throughout my career, I’ve encountered other researchers who assumed that, because I am a woman, I was somehow ‘less capable’ when it comes to conducting field research in the remote conditions of Africa. If I had listened to any of these people, I would not have gotten to where I am today. I am hopeful that the struggles for women in STEM are improving and have noticed a positive change in recent years.

The endangerment of African carnivores may seem like a distant problem/threat to those who live in other parts of the world. To those who have not had similar first-hand experience with these mammals like you, how can they get started to save and restore lion populations?

Anyone can start by first learning more about these animals and the problems they are facing. A good place to start is by visiting your local AZA (Association of Zoos and Aquariums) accredited zoo. Zoos are wonderful places to learn about these animals, see them first-hand, and to support institutions that are actively involved in conservation. Zoos that are AZA accredited are required to support both research and conservation initiatives, so it is important to make sure you are visiting accredited institutions. Another good starting point is to look for volunteer opportunities with either AZA accredited zoos (opportunities are listed here: https://www.aza.org/jobs) or other non-for-profit conservation organizations in your area. For people who want to be involved but do not have much time, donating to conservation initiatives or simply learning about the issues these animals face and spreading the word on social media are both ways to be involved and play an active role in conservation. If you’re interested in pursuing a career in animal behavior or conservation the best place to start is through volunteer work and by contacting researchers at universities near you to see if they have any opportunities to get involved in research. Restoring lion populations isn’t just about lions, it is about conserving habitat and species everywhere.